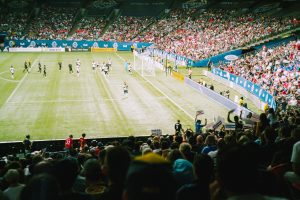 PCEFC: A Path to Whitecaps Programs

Supporting our player pathway, and as a BC Soccer Charter Club member, Port Coquitlam Euro-Rite FC is a BC Soccer Premier League (BCSPL) player development partner with our District’s BCSPL Franchise Club, Coquitlam Metro Ford SC (CMFSC). The overall objective of the PCFEC partnership with CMFSC and the BCSPL is to support the development and identification of players within a standards based environment for Under 13 through Under 18 male and female programming. Together with its Development Partners, the BCSPL focuses on player, coach and referee development within a standards based game environment.

In April, the Whitecaps FC announced the addition of a full-time Pre-MLS Academy and Pre-Girls Elite teams to their structure. U-14 Players were identified and selected through the BC Soccer Premier League and BC Soccer Provincial Program. Pre-Academy players will move on to the full-time Whitecaps FC MLS Academy at the National Soccer Development Centre (NSDC), and the Girls Elite REX (Regional EXCEL Centre) program in partnership with BC Soccer. Both programs are in place to develop players who demonstrate the highest level of ability to provide a pathway to professional soccer, university scholarships, and the Canadian national teams.

From this Program, the following players from CMFSC were selected to the Whitecaps FC full-time Pre-MLS Academy and Pre-Girls Elite teams. We are very proud that nearly half of the selected players got their start in Port Coquitlam!

In addition to these selections, the following have also been selected to the full Whitecaps FC Residency:

We congratulate all selected players and their exceptional accomplishment. We look forward to continuing to watch your journey with the Whitecaps and on. To learn more about the Whitecaps structure, please click here.